Are ICO’s disrupting equity? What can we expect from BnkToTheFuture? 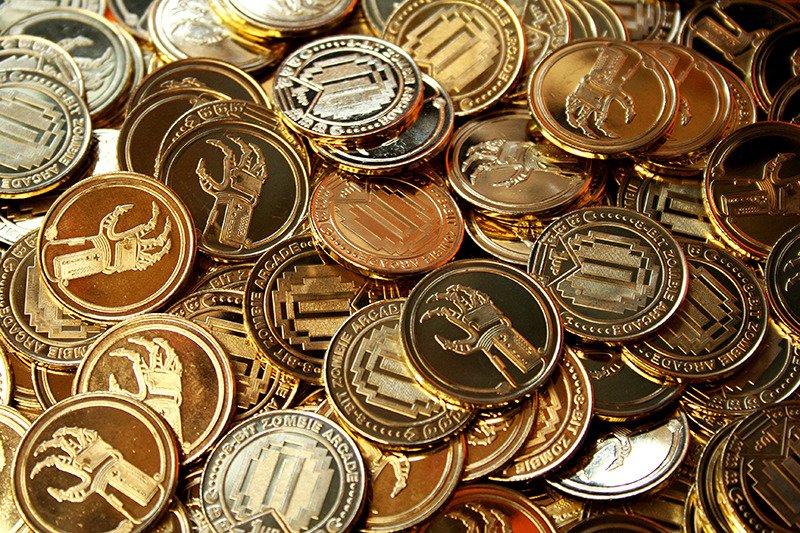 When Bitcoin was born in 2008 it inherited the label cryptocurrency. Even though it is a not just a currency but also a commodity, store of value and protocol technology, people associate it most with disruption in the currency markets.

In its early years it was very speculative and unclear what impact, if at all, it would have in the world. Today this is still unclear to many, but I rarely meet people who have not heard of Bitcoin and a percentage of them want to buy it, invest in it or use it when they understand it more. If you have an hour to spare this video interview I gave recently gives you the 100 foot overview of where I think the cryptocurrency market is going next.

But what about Initial Coin Offerings (ICO’s)?

Initial Coin Offerings (ICO) more accurately known as token sales, seek to disrupt equity by allowing for the creation of tokens for blockchain based companies or projects. At the moment they are mostly all built using Ethereum and some early adopters of the cryptocurrency market are slowly assuming the following belief and conclusion:

Whether this is true or not is still very unclear, but several things have changed over the last year that investors need to be aware of.

What is a protocol and who gets rich from them?

When computers communicate with each other, there needs to be a common set of rules and instructions that each computer follows. A specific set of communication rules is called a protocol. The internet, Bitcoin and your email all use, or are protocol technologies. When Tim Berners-Lee invented the internet, he created the highest value protocol the world has ever seen which impacted billions of people all around the world.

You would have thought that he would be one of the wealthiest men in the world, yet companies like Google, Amazon and Facebook all created more wealth in their companies than the inventor of the world wide web itself. They created wealth because these companies captured the data derived from the protocol itself such as search result, social interactions and purchasing behaviours.

If similar events take place today there is a possibility that the creators of these network protocols could end up receiving much of the value as the protocol grows through a mechanism called a token, launched through an Initial Coin Offering (ICO).

Through this mechanism, if the protocol becomes successful, the developers, users and community involved in popularising it should in theory be the ones that gain the returns on profit through ownership of the token.

The evolution of the token

We started with Bitcoin. In my opinion Bitcoin is still the most important digital asset as explained in in my recent video interview. It is significant because it created what I believe to be  a store of value that every connected internet user in the world can use and it created the reserve cryptocurrency of the world. It is my opinion that we will only have one main ring leader in the crypto space which is Bitcoin, because it performs a similar role to Gold and traditional currency such as US Dollars.

Next came alternatives to Bitcoin called Altcoins. Today there are hundreds of them, maybe even thousands by now, but it is my opinion that only one of them will be a store of value and that is – Bitcoin, and a handful of them may perform a niche function and serve a specific need. They are all traded into and out of the world reserve crypto currency – Bitcoin. Then came Ethereum, which today has become the early reserve protocol for those that want to create their own tokens. These tokens are built on Ethereum technology and trade on crypto currency exchanges driven by supply and demand. Today Ethereum is the clear winner in the token creation market, but it is not clear this will always be the case.

New technology will allow users to create such tokens on Bitcoin whilst others continue  to compete for the top spot. Ethereum also has scaling issues and the technology is not tested to the point where we can be confident it will become as reliable as Bitcoin has become as a world reserve cryptocurrency. But that does not matter. Even if Ethereum implodes all these tokens can switch to the protocol that succeeds after a period of turbulence and disruption.

Like them or hate them, what has became very clear to me, particularly this year in 2017, tokens are here to stay and they will change certain markets forever, just like Bitcoin has and will continue to do.

In previous videos of mine such as this one, you heard me talk about the ICO bubble that we are in. I believe that what we are experiencing today will play out very similarly to what happened in the internet dot com boom, bust and boom. During the internet boom, ideas alone were raising crazy amounts of finance, there were a lot of ideas that turned out to be useless, stupid and non-existent, but what was born towards the end of the bust cycle, were a few ideas that became some of the most valuable companies in the world that billions of people use every day.

So where are we now?

At the time of writing this, $1.3 billion has been invested in ICO’s super fast, growing at uncontrollable speed and the market is discovering what works, what doesn’t work and best practices.

Some of the regulatory challenges associated with ICO’s have been articulated by Charles Hoskinson very well in this video.

UPDATE: This was written before the Securities and Exchange Commission (SEC) just made the following bulletin announcement.

What are we doing?

We share some of the same concerns many have been raising in regards to regulatory challenges and have been working on ways to address them in preparation for the regulatory implications that we believe is inevitable. As an equity business that has been investing in the Bitcoin and Blockchain sector from its humble beginning, we understand both the world of traditional securities and the disruptive world of Bitcoin and Blockchain. Our team members invested in the earliest companies in this sector as well as the first ever ICO through to today as one of the most active investors in the sector.  Our goal is to create a framework that the sector can rely upon as and when the regulatory situation unfolds. For now we are working on a framework that may give investors and issuers some additional safety as regulators decide how to tackle this phenomenon.

How does this affect BnkToTheFuture?

We are speaking with our portfolio companies that are considering to fit into the new and alternative ICO model options. One model we are about to launch for our first pitch  is the ‘bonus token model’ for equity investors. Equity investors have taken the most risk and have waited the longest for high risk, high returns should the company exit. But a new model is emerging where a small amount of equity is sold and as a reward for those investors that took the highest risk, they get free bonus tokens if an upcoming ICO launches.

The size of the market has significantly increased, there are a lot more wealthy investors that believe in this sector and investors are willing to remain loyal and continue to invest in the sector that made them wealthy. There are also a lot more deals and innovation emerging everyday. We have the largest community of FinTech, Bitcoin and Blockchain investors investing online in the future of finance and they are actively looking for more deals to invest in.

Because significant wealth has been generated in the sector this has increased opportunity to larger  number of qualifying investors to sign up and participate in the growth of this sector, qualifying investors can use our platform and take advantage of the new trending market that has become so popular very fast. The sector has become self-sustaining, self-funded and independent of investors that don’t understand the market. Having network token holders and motivated equity holders can help the business build a strong network effect.

This also comes with major risks outlined in the videos above which explains as a market we need to address any issues that may rise as the innovation, lessons and regulations unfold.

How can you get involved?

At the moment we are actively investing in the sector while we build our legal, compliance and technical framework to allow investors to co-invest with us. ICO’s often come to use first and offer us the best terms as we are a strategic investor. We have launched our ICO page for those that want to learn more and see if they qualify to launch a token, have us invest in that token, or co-invest with us in these tokens that can be found here.

5 of our most recent token purchases

Civic provide on-demand, secure and low-cost access to identity verification via the blockchain. As a strategic partner and holder of the CVC token we integrated Civic into our platform and now investor members and new users can sign up and see if they qualify to invest, purchase tokens with us or apply for finance with no username or password upon login.

Tierion is using the blockchain to change how the world secures and shares data. They allow you to have an immutable record of the existence of information. As a strategic buyer in their token we are interested in exploring how our members investments and equity might be stored as an immutable record on the Bitcoin Blockchain using Tierion.

Agrello is aiming to let users create and manage smart-contract based legal agreements with no coding or legal skills required. We are not sure how smart contracts will impact our market at this point, but as a strategic buyer we get a front row seat to explore how we can enforce investor rights and term sheets using smart contract as this technology evolves.

InvestFeed is a social trading platform that is shifting from traditional stocks to digital assets,. As a strategic buyer we are able to support our investors in exploring new ways to build their portfolios in digital assets as the market evolves.

How can you get involved?

At this point you may qualify to do two things.

1 – If you are launching a token sale or ICO and would like to apply to have BnkToTheFuture as a strategic buyer of your tokens then read more details here and make a quick application.

2 – If you are an investor that would like to explore co-purchasing tokens with us on the most favourable terms pre-ICO then we are actively working on both ‘equity bonus deals’ as well as ‘pre-sale token co-purchases’. You can see if you qualify to invest or buy tokens when you register for a private investor members account with us.

We look forward to navigating this changing environment with our qualifying investors and financial innovation entrepreneurs over the years ahead.

One thing that is certain for us, and has been since I wrote the book ‘Bank To The Future’ and we launched our online investment platform – BnkToTheFuture.com…

We still believe the future of finance looks very different from the past and each year our belief is reinforced as we live through the most exciting time in financial history.

Thanks to all who have been there from day one and welcome on board to those wha are starting their journey today, thank you.

What happens to Bitcoin, Altcoin's & ICO's in an economic collapse?

Initial Coin Offering (ICO) are not slowing down, but what next?